Who is online?
In total there are 4 users online :: 2 Registered, 0 Hidden and 2 Guests

Chase was walking in from hanging out by the lake. It was a beautiful day out so she decided to enjoy it. As she walked in, she slammed right into someone who was walking out, "Oh my gosh. I'm so sorry." When she saw who it was she smiled, "Hey. You're Lien right?" She was about to ask if she was Alaynas boyfriend, but with all the drama lately she didn't want to mention it if they were no more, "Are you ok?" 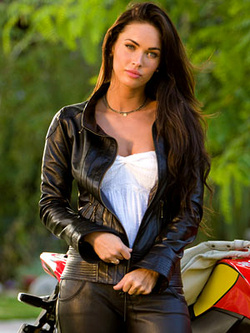 Feeling the pressure of her hands on his chest, his lips didn't quite reach hers. His removed his hands from her, and stepped back a little bit, looking annoyed.

"Then why were you flirting with me?" he grumbled, embarrassed. His cheeks were cherry red. "Or was it just your intention to humiliate me even more?"

He looked away again, feeling his blood boil.

"I wasn't trying to flirt with you. I mean... I don't know maybe I was. I just... Was caught by surprise." She said looking at him, "Maybe. With a bit of warning...." She didn't finish her sentence. Instead, she placed a hand on his cheek turning his head to her and kissing him softly, "See? The reward is much nicer."

He didn't know what she was blathering about, he was too annoyed to really be listening to her. It wasn't until she guided his head that he was paying attention again. His eyes were wide open as she kissed him. Then they sank slowly, satisfied. He ran his tongue over his lips, as it felt as though they were tingling.

Still had it. And he wasn't bloody gay. That felt really good.

He moved forwards to kiss her again.

Chase nipped at his bottom lip and giggled into the kiss. She was enjoying herself. There was nothing worth with that. She deserved to have fun every once in a while. She pressed her body to his as he deepened their kiss and ran her fingers through his hair, "Lien..." She said in a breathy whisper before kissing him again, this time, letting her tongue dance with his.

Although it was ultimately the Veela charm that had him so worked up in the first place, this probably would have happened anyway, he thought. His brain was clouded by the sweet ecstasy of getting to kiss a girl like her, and when their mouths opened he toyed with her tongue as though it was battling with his.

She said his name.

And... he couldn't remember hers. What was her name?

Argh, what did it matter. She was sexy.

He continued to kiss her, leaning her back against the work bench.

Chase was lost in the hormones. That plus the fact she needed a distraction from alot of stuff going on. When he pushed her against the work bench, she hopped up on it wrapping her legs around his waist, "Are you sure we should be doing this here?" She asked, looking around, I don't want to get in trouble."

"I don't care," he muttered, pulling at parts of her clothing.

Then it all got rather intense. He was doing everything quickly and impatiently, desiring her so badly that everything was just a fumbling mess. He had to feel her immediately. There wasn't a moment to lose, as far as he was concerned.

Chase found the fact that he didn't kind of hot. A of a bad boy streak in the brainy boy. He was grabbing at her clothes and she was returning the favor. His tie was thrown somewhere and his glasses were placed on the table next to them. Didn't want those getting lost. He was going rather fast, but hopefully not everything about him was fast. That would... Well it would suck.

He peeled her jacket down, there was a detaching of buckles and zippers and clasps and whatever else was separating this from happening. Lien was completely overwhelmed by what was happening: his primal brain had taken over completely, and it was saying that release needed to happen - soon. Of course he would have preferred that the release happened while inside of her.

Unfortunately for him, it happened before that...

As he was pressed up against her, revelling in what her clothes were revealing, he suddenly clutched to her. And gasped. And shuddered.

Then it was over. It was over before anything had actually begun.

For a moment he just stayed there, unable to move. This was... mortifying. And extremely uncomfortable. Swallowing a very dry throat, he moved back off from her slowly, turning away from her immediately, awkwardly zipping everything back up again. Urgh. He wanted to just disappear.

She admired him as he undressed she saw muscles forming under the skinny form of him, probably from carrying so many books and such. And just as she thought they were going to get started, he stepped away from her. Chase was shocked. That didn't normally happen. She blinked a few times, biting her lower lip. She didn't know what to say. She definitely didn't want to say the wrong thing. She looked at him, before putting her clothes back on, "I should probably head back..."

Lien just closed his eyes, wishing the ground would swallow him. She said about heading back, and he breathed in deeply.

That had never happened to him before, either. With Alayna, he had managed to hold out quite well - the second time, at least. The first time he had managed to actually be inside, but it had felt too good. Now he was finishing inside of his underpants like some pathetic virgin.

Chase just nodded and pulled on her jacket. She walked towards the exit and looked back at him, "I'll see you around?" She knew he wouldn't give a response. He was embarrassed. But he really had no reason to be. But she couldn't exactly tell him that. She walked out of the greenhouse and made her way back to her common room.

He didn't say anything to her, but had sank down to the floor once she'd left.

He just stared ahead blankly, clutching at his shirt that he still hadn't put back on.

Perhaps give it a few minutes, and make a dash for it. There'd be a spell for... the mess.

Argh. If anyone caught wind of this... he dreaded to think.