After saying that he wouldn't go to Honeydukes's free sample fair, Atticus had gone and come back with an untouched bag of free samples. He wasn't sure if he'd actually enjoy any of them, but it was the novelty of going into Honeydukes and not spending a single knut. Now he was sat in the common room with his bag of goodies next to him, thinking about everything that had happened in the last month just gone. Alayna didn't trust him, James was happy with Lien, and he was beginning to feel extremely lonely all the time.

He kept beating himself up for feeling melancholy and was thinking very negatively about everything, but he didn't want to bother anyone with his problems. No one liked a misery guts. Sometimes he wondered whether Lien had the right idea of keeping himself away from everyone, when he was like that; at least then you could spare yourself from the concern of others.

Lukas had skipped out on Honeydukes free samples and was regretting it. He had a craving for chocolate and it was not one that he could ignore. He entered the common room and saw Atticus sitting with a bag of what looked like free samples. He noticed something was off though. Atticus seemed depressed, almost. He frowned as he walked up behind the couch. He placed a hand on his shoulder and smiled softly, "Hey. You ok?" He knew Atticus was worried about going home over the break. Him and alayna both were. 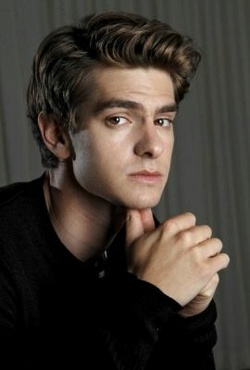 He hadn't noticed Lukas being inside the common room or coming into it, so he jerked a little when a hand was placed on his shoulder. He sat up all of a sudden, and turned to look at him. At least it was just Lukas, and not somebody he had to put on a real performance for. Atticus smiled weakly at him.

"I have been feeling a little low," he said quietly, turning around again. Maybe Lukas would sit with him. That would be nice. "It comes and it goes sometimes. Alayna and I are both like it when this time of year comes around."

Lukas gave him another reassuring smile and sat down on the couch beakde him, "Yeah. I can tell. You're not your usual self lately." He nodded in understanding of his reasoning of being upset, "I understand. Alayna told me last weekend when we met for tea. I mean, I understand your dad is a total dick bag, but is it really that bad?  like all the time?" He wanted to be able to help Atticus relax and not feel so stressed out.

"Well not all the time, but certainly when he feels like engaging with his own family. As soon as we see his face, we just know something will happen. He'll start with a comment about our incompetence or something, then start to make me feel as important as shit on his shoe. If I try to retaliate, that's when he shows me the back of his hand."

He pushed the bag of treats towards Lukas.

"Take some. I'm not feeling hungry for sweets, and I don't think I ever will."

Lukas felt himself getting angrier as Atticus spoke of his father's behaviors. His face was turning a bit red as the anger grew, "Well." He said taking a breath to calm himself, "What if you didn't have to go home? I mean... You could stay with me? My mother wouldn't even notice. And your father already knows my mother. Very well." It could work, "And I'm sure Alayna could stay with. Carina or Ptolemy or Pandora or Mackenzie. Any of them would let her in."

Atticus was watching him, rather surprised by his reaction.

"And what would your boyfriend think about that, then?"

When Lukas was around Atticus, it was like he temporarily forgot about Levi. Which confused him a bit. He sighed and looked at Atticus, "I'm sure Levi can understand me wanting to help a friend out of a toxic and borderline dangerous situation. And if he can't, then he's the guy I want to be with anyway." He was sure Levi would understand. He had to... Right? "maybe you could even have your mum come visit for a day. Use the excuse of tea with my mother." He knew what worried Atticus thanks to Alaynas Intel. "I just don't want to see you get hurt... Physically or mentally."

"I didn't realise you cared so much."

He smiled very slightly, but it was to the floor. This was why two messed up people didn't work out romantically: he and James would never have worked. Atticus still missed him though.

"Thank you for the offer though, I will definitely consider it," Perhaps he was being awful by refusing his generosity. He should be accepting whatever offer Lukas had given. It was good manners...

It was difficult to talk to people when he was feeling so negative.