Who is online?
In total there is 1 user online :: 0 Registered, 0 Hidden and 1 Guest

At least these cells weren't as inhumane as the ones they had for the island prisoners. He had a fairly comfortable bed and was taken to the washrooms daily for hygiene purposes. They had been given a set of clothes to wear, although the jumpsuit was incredibly itchy. He was told that his trial would be held in a few days' time, but for now all he could do was sit on his bed and re-read a book they had given him called Alice's Adventures in Wonderland.

As it happened, he felt rather placid about the upcoming trial. Perhaps he would go to Azkaban, but there was also a chance that he wouldn't. Or, if he did, it wouldn't be for very long. Perhaps he would just go back to Poland afterwards. He felt bitter towards this country and its people. 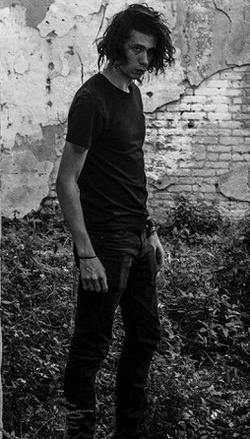 Carina was sat In the holding cell, pouring tears. She had done alot of really ugly crying with snot and messed up makeup and her hair was all over the place. Her voice was rough and hurt to even breathe after hour 4 of tears. She hated the stupid jumpsuit they put her in and not having her crystal was just cruel and unusual punishment in her eyes. She now sat in the corner with a book in her lap, her eyes going over the words but her brain not registering anything. She looked up at Jaromir and bit at her lip. They hadn't really talked about what this all meant for them as a couple, "Jaro?"

Jaromir had to hear Carina crying for hours on end. At first, he had tried to offer some words of comfort. But now that they had spent several days locked in the holding jail, Jaromir was beginning to feel less sympathetic to her. Or anyone, really. He just wanted to get out of the damn place.

When she had said his name, he looked up from his book.

Carina set her back down beside her before standing and walking over to him. She took a seat beside him and stayed silent for a moment. She tried to think of what to say; what could she say? She sighed and ran her hand through her hair, "What the fuck are we going to do?" They could run? If they got out of here somehow, just run and start over.