Deciding that he needed one more day with Nicoleta before they headed back to Hogwarts, where finding time alone with each other would become harder. Alessandro had invited her to  meet him at Urban Cup Cafe, it was a risk but at least there was a chance that they would not be seen yet if he planned it right the cafe should be crowded and they would have cover. He had got her a bouquet of her favorite flowers and headed out to the cafe.

Smiling when he noticed how busy it was they would be able to blend in and seem just like a normal couple, his plan was working perfectly. Securing a table away from the windows in the back of the cafe he took a seat and waited for her to arrive. He just wanted to enjoy the day with her, just one more day alone was all he wanted. Hoping that Nicoleta would be able to arrive safely and have no one follow her, it would be the worse if this date was the cause of her being captured, he would never forgive himself. 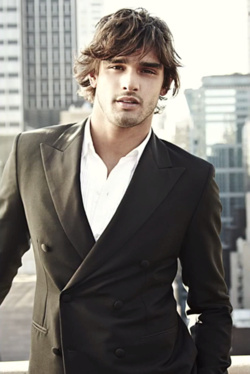 Re: My Sweet Surrender (Nicoleta)

Nicoleta was looking forward to the date ever since she had gotten Alesso's owl asking her out on it. Though, she was also nervous. She had only just started to settle into this new place and she didn't want to be found already so that they would have to leave again or even worse... But she knew that she didn't want to stay away from Alesso any more than she absolutely had to and time with him would be much less once they were in school where they had to pretend not to know each other. It was easy enough, they weren't even from the same area.

She made sure to dress nicely but not too nice for their date. She didn't want to stand out but she did want to look pretty. She thought that she found a happy medium and walked into the coffee shop to find it packed! It was perfect. They wouldn't even be noticed among the large crowd. Or at least that was the hope! It even took her a few moments herself to find Alesso in the back of the crowd. A smile came to her lips as she approached him. "You picked the perfect spot. No one is going to look our way twice." She said before leaning up and placing a kiss to his cheek in greeting.