It was after sunset, and Richard was enjoying a glass of red out on one of the deck chairs lined up next to the beach huts. It wasn't completely on the beach, but it was almost touching the sand. The view was spectacular though: even if it was enchanted with magic, the inky mauve skyline shadowing the ripple of ocean waves was extremely pleasant to sit and watch.

He'd gone to Blackrock on business and was staying at the Inn, but he had no idea the Creative Director was also visiting the place that evening. The three leading faces of Plunkett & Pleasegood didn't always know where each other would be, as they did things for themselves sometimes. As long as something good came of it, like new business or more money being brought in from existing ones, it didn't really matter. They always collaborated back at the office.

The office seemed so far away right now, he thought, taking another sip. 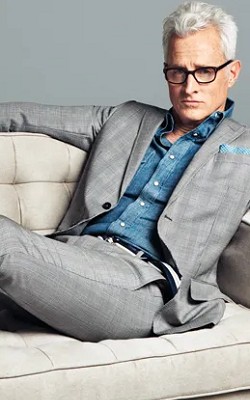 Ronnie needed a well needed rest after doing a lot of long hours, and trying to think of ideas for the new line for their company, and before her children came home, she liked to rest the best she could. The female had gone to one of the finer wine stores, and had gotten some Merlot. She had been having a glass merlot as she went out, and looked at the sunset.

It was beyond beautiful for the women.

A familiar face though caused her to look and Ronnie walked over. “Did you end up coming to ruin my vacation for giving too many ideas.” she spoke with a tease. She admired both brothers, and liked to think she spoke some sense into them. “We should do some things relating to Blackrock, you know.” she spoke taking a sip of her merlot as she watched the sunset. "Ronnie!" he greeted, holding out his arms in an exaggerated way. He wasn't actually glad she was here. Richard was competitive and didn't like losing to her, so if she was getting new business while he wasn't...

"I got the perfect thing for us to do."

"Now the sun's down you can get in a little bikini and test the waters for us. I'll just sit here. And watch." He leered pointedly at her, but was only playing around. He did it a lot, to a lot of different women.

Ronnie knew Dick wasn’t the biggest fan of her due to him thinking she was doing her own business venture. Even if that was a huge lie since she was dedicated to their company and would have done anything for that company to say the least. It got tiring after some time, and when he seemed excited to see her, she let out a bit of a sigh, this was definitely rare.

A look came when he told her to get dressed in a bikini. “Why would I do that right now?” she asked, because right now she didn’t feel like swimming. “I am quite content watching the sunrise.” he said giving him an honest smile. She cared about him to say the least. “Maybe later I’ll consider swimming.” she pointed out since that sounded like a better plan.

"So you want to stay with me instead? I'm so flattered."

He raised his glass to her.

"I always saw red wine as a Man's drink, but I just know you're going to disagree with me on that," He really did love to tease her. Dick knew she was all about empowering women and so on. He wasn't entirely against it, but there were certain things he missed about the old days. "Do you want to know why I think that?"

He was smiling up at her.

Ronnie took a seat by him, and gave him a look, she didn’t want him getting too caught up in the excitement. “Don’t get your hopes up darling.” she commented as she took a sip of her drink. She didn’t agree with the idea of Red Wine being the man’s drink, and pointed out. “I think woman nowadays drink red wine more, and at least we don’t get drunk and stupid in the context of men.” she commented since men had a huge testosterone problem.

She shrugged, “I don’t care, I’m free to go swimming if I like, and like you I funded this trip myself.” she commented taking sips of her drink. Dick had definitely sometimes been a man in his old way, “You know I find a woman who works while her husband is just as rich, is very respectable.” she commented with confidence. This would really get Dick going, “Did you manage to bring one of your many whores on this trip to Blackrock?” she asked with curiousity.

"Alright sweetheart, you made your point. You're on the top and you're a woman."

He held out his hand signalling for enough. This was the sort of thing she seemed to say on a daily basis, and it had little or no effect on his views. She was happy, he was happy. He never wanted to argue with her.

"Oh they're all waiting for me back at the inn," he chortled, swirling his glass. "And they're all twenty-somethings wanting a modelling career." Of course he wasn't being serious. He couldn't remember the last time he'd paid for services, so he didn't have any whores in the literal sense. There were a few women he saw here and there.