Austin had met up with Dominique for lunch that afternoon and he was glad to see she was doing well. He would have to make sure to tell Ruby such things, he knew his wife worried about the young girl. They had sort of adopted her as they worked together the last few years. They loved her as a daughter of sorts, even though Dom was way too old to be their child, since they didn't have their own kids. He stepped in the door way and kicked off his boots as he hung his jacket on the hook, "Ruby? You home?" He shouted through the house as he made his way to the kitchen for a beer.
@Ruby Blake 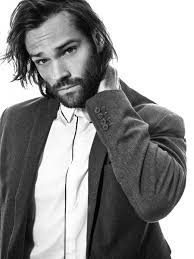 Ruby had been down at St. Mungos doing some volunteering that day, she tried to stop in there whenever she could to help out where she could. It wasn't like they would use her as an actual healer since she wasn't on the staff but she enjoyed things like going to sit with the patients who didn't have visitors and things like that to keep their spirits up. She had only just returned back home a short time before when she heard her husband walk in through the door. He called out to her and she walked out to meet him in the kitchen. "How was lunch with Dominique?" She asked as she kissed him in way of greeting. 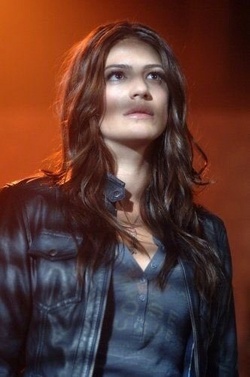 Austin kissed her back as he held her close to his body, "She's great. Says hello and is wondering if you'd like to meet for tea next weekend. Maybe do some shopping. You should go. You deserve a nice girls day out." He said as he got a beer from the fridge. He popped the tab on it and sipped it, "Muggles do make really good beer. How was st mungo's today?"

Ruby leaned into her husband as he took her into his arms. In his arms just happened to be her favorite place to be. A smile came to her lips when he mentioned a girl's day with Dominique. "Sounds like fun! I'll have to send her an owl later and set everything up!" Ruby truly enjoyed Dominique's company which was a good thing since they all tended to spend quite a bit of time together when they were out hunting. Though, she guessed that was changing now since Dom had decided to give it up. Things weren't going to be the same without her but they would manage. "It was nice. I always love being able to see the smiles on the kids' faces when I come in to read them stories or whatever." Of course, she couldn't actually do any healing but she hoped she could at least raise their spirits some!

"Alright then." He was glad she was going to get some time to spend with Dominique. It was going to be odd now that she was no longer part of what they did. Perhaps he could find another apprentice. He didn't want to put Ruby at risk and he needed a partner out in the field. His face tensed a bit as he thought, but he soon refocused on Ruby, "I'm sure they love it when you come just as much as you do, Love."