Something Sweet and Stubborn (Damian)

Something Sweet and Stubborn (Damian)

Finishing up her job for the day and clocking out with a taste for sweets was a good sweet tooth for her. The young blonde being only nineteen and ready to start a new chapter in her life, she believed that new chapter would be with her opening up her own store and having a good and caring man to come home to, maybe a few kids? Who knows, but she was almost done saving for her own shop and she was beyond excited. Wanting to spoil herself, she went to the ice cream shop but before she could even remotely go inside she collided with a hard chest.

"Oof! Sorry, didn't see you there" Raine apologized to the man when she was able to steady herself. Smiling apologetically at the man in front of her. 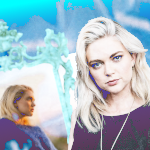 Damian had just gotten off his shift at St. Mungo's. Usually, he would have gone straight home since he tended to work pretty long hours but today he had actually managed to get off on time and thought that maybe he should swing by Diagon Alley before he headed home. He had changed out of his work clothes and into just a pair of jeans, t-shirt, and a jacket before apparating. He had only been there for a few moments before someone was bumping into him. He reached out to steady the girl on impulse.

"Don't worry about it. Are you alright?" He asked gently. She was an attractive woman, and Damian was looking for something to occupy some time before he decided to head home. Maybe he wouldn't have to head back home alone. Who knows? 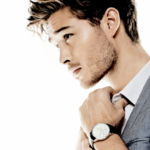 Raine felt herself being steadied and when she looked up to see who was the mysterious man she bumped into, she had to admit he was fucking sexy. Oh he was definitely a god or something but not entirely sure if he was real or not but from the way his hands were on her not that long ago, he was real.

"Yes I am alright, are you alright? I literally did just hit into you not that long ago" oh she didn't need to be babbling to a sexy guy right now.

Damian had removed his hands from her as soon as he was sure she wasn't going to topple over from running into him. He didn't want to seem like some sort of creep. That wouldn't help his image at all. It was cute how she seemed so worried that he might have been injured or something in their little collision. He shrugged his shoulders. "I've taken harder hits." He said with a chuckle. It was true. He had played quidditch back when he was in school and had been knocked off his broom a time or two. "I'm Damian." He introduced himself. She was cute and he had time to waste.

When he seemed to steady her, she had to admit she felt a shiver go down her spin but there was just something in her gut that told her not to get attached or really get to know him. She didn't want to say he had that dangerous vibe but he kinda did and she didn't know why. The guy seemed normal.

"Well glad to know I didn't hurt you" even though that was a fat chance in happening but she was raised to be polite. "I'm Raine, it's nice to meet you Damian" she said to him. "So dumb question, what brought you out here?" Yeah, really stupid question.