Oliver doesn't know who he is when it comes to his blood. He was born into this world and his parents wanted nothing to do with him and gave him away.. or so he believes. He only had one friend growing up and it was one of the workers at the orphanage. She always cared for him like he was her own son and showed him the love and compassion no one else did. When it came to school he tries to be the happy kid, the one who has everything when he goes home for the summer when really he doesn't, he still believes there is light at the end of the tunnel but not sure what it is quite yet. 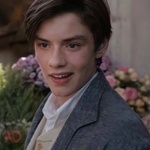