Adrien is one of my Morais siblings, well he is my only Morais but he is one of them. Something about him is that he does not like feeling left out, he is also set in a way like his father where if someone tells him something it has to be from that specific person not from someone else. Deep down Adrien believes that he is the reason his parents are dead, something he refuses to tell his siblings in fear that they would try to disown him. He tries to be a good brother but there is something inside of him that is holding him back and telling him that he needs to leave the family. He doesn't know what is happening just that he feels like an outsider in his own family. He tries to make friends and he tries to do what is right but he never fully knows that that is. 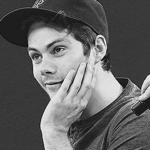 Similar topics
» those were the days ((adrien))
» Stay Low. (Adrien)