Sephy here is my Death Eater and my pregnant youngling. She had a one night stand with Javier which she is now expecting a son. She has had a complicated life so far, her father left her for his new family which caused her to be with her mother and step-father who she despised so much. She didn't like having him in her home since he didn't like her or her brother, only the children that were his which caused her to become spiteful of them. When she graduated she ran away to London where she has since joined the dark side and goes to live life as she would want for her, the only person in this world she actually loves is her unborn son.

Friends ~ Open
Enemies ~ Open
Lovers ~ @Javier Morais - One night stand/unborn son's father, her current status is single and she is not shipped.

Thank you so much Deea from Shadowplay for the set!! 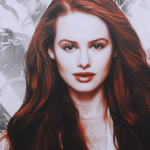