Varian had decided he had enough of his wife for the night, he wanted to find some sort of entertainment elsewhere, something that was a lot better then his wife going on and on about how she wanted them to have date night. Didn't she know that he didn't want to have date night?! He only put up with her because he technically had to and he didn't really want to be alone because she wasn't terrible in bed. Even though he definitely had a lot better then her.

As Varian walked into the club called Daughters of Satan. Hell he had heard a lot about this place from one of his coven members. Well he had started a small little thing, nothing that big. He spotted a girl who looked to work there and if she didn't then he'd be shocked. Watching her dance was erotic and exhilarating for sure. Oh the things he would and could do to that gorgeous body of hers. Just seeing her like that made him excited. In that specific area yes. He walked over to the hostess and requested a private dance of the girl who looked absolutely stunning that evening. He got escorted into a room as he waited for the gorgeous human being to make her arrival. 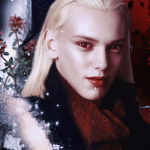 He ran his fingers up and down her leg as she sat on his lap, causing a chill to run over her skin. She was used to having men's eyes on her but not their hands. She nodded her head with a bit of a smile. "I know what you mean." She said with a nod. Everyone wanted love but not everyone was compatible. It was why she had rebelled as she had at the thought of an arranged marriage. "I also agree that you've just got to learn to find happiness wherever you can." She told him. She had never thought she would be happy in her current situation, but she was finding that it wasn't that bad. She had freedom that she had never had before and she was able to follow her own dreams. 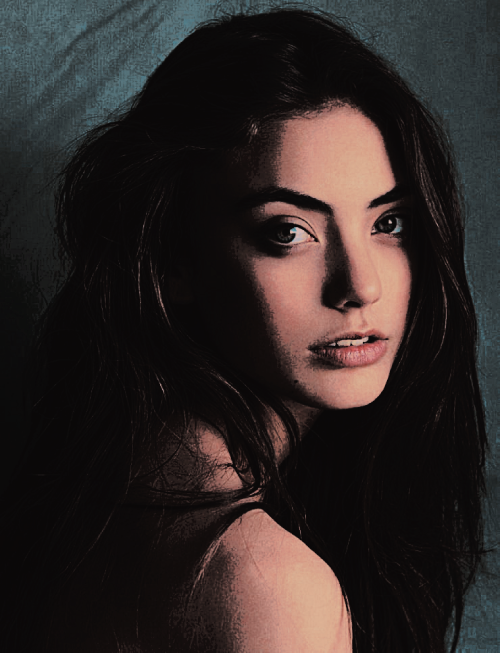 He continued to tease her leg and felt the little goose bumps arising on her skin when he ran his fingers over her bare legs. "Good thing you do, see my wife believes in the honor that our parents have given us but my whole thing is where is the love in something arranged? When you marry its because you found love and same with children, now my kids were born out of lust not love but doesn't mean I don't love and care for them" he responded. "And how do you find happiness sweetheart?" He asked.

Isabel enjoyed the feeling of his hands running over her bare skin as she listened to what he said. He thought a lot of the same way that she did. She hadn't wanted every part of her life decided for her by her parents who only had their own agendas in mind. It seemed he was much the same but he hadn't had the chance to be just kicked out of the family as she had. He asked how she found happiness and she thought for a moment, chewing at her bottom lip as she thought about it. "I guess I find happiness in just being able to make my own decisions. In telling myself that one day I'll be able to look back and say I made the right choice when I've found true love and I'm successful." That was her dream, to find someone who actually cherished her and who she loved in return. To be able to say she had made her life herself without just bending to what her parents had wanted. Her fingers idly traced over the outside of one of his ears as she spoke, not even realizing she was doing so.

He could sense her enjoyment of the touches he was sending her way, it was nice really that she was so comfortable with a man like him there, hell she was gorgeous and there was a lot of things he could do to a body like hers but he would never do anything without permission. Not the type.

When she touched his ear he smirked as he nodded. "Well that is a good way to put it sweet girl. You just never know when you will be able to think for yourself or anything close to the heart. I just hope that when you do make a decision of a lifetime you know in your heart and not your gut that it was the right decision" he said as his hand slowly got higher to where her sweet woman hood was before slowly letting his fingers dance away from it. Never once would he do anything without her asking for it.

It didn't make sense to Isabel that she was so relaxed in this situation. She had never been with a man before. She had never been seen in any clothing that wasn't completely modest before she came to work here. But she didn't feel alarmed that he was touching her as she was. Maybe it was because he was someone that she could relate to. Because he had been someone who had taken the time to talk to her when he could have just demanded her to dance for him and then left.

She smiled a bit when he referred to her as a sweet girl, it was much better than some of the names she had been called since working here. "I hope so too." She said a little breathlessly as his hand had crept up towards the hem of her very short skirt. She held her breath without realizing when his hand went even higher then danced away. "Tell me what I can do for you. You paid for a dance, right?" Because she might go crazy if she just continued to sit there on his lap like she was.

Varian couldn't hep but mentally smile when he watched her reaction to his hand going close to her before moving away. He knew if he kept doing this he would definitely want to fuck her but that wouldn't really matter to him, wanting her to make the decision not him force it upon her. When she asked what he paid for he nodded.

"I believe that I did sweetheart" he answered as he waited to see what she did next.

Isa gave a smile when he said that he did pay for her to dance for him. While she wasn't used to giving private dances, she had seen the other girls enough to know how it was done. And she was a very quick learner. Add to that she was a natural when it came to dancing and she didn't have as much nervousness as she thought that she might. "I don't want to disappoint then." She began to dance for him, touching him and using things that she had seen the other girls do when they were giving private dances. She had thought it would be all about the money but she found that she was actually enjoying all of his attention focused on her. She wanted to make him want her while she danced for him. Which was strange for her... She had always been so modest before coming to work here. Maybe she had just finally found her true potential.

Varian had to admit when he seen her start dancing it was like he was hypnotized and it was lovely to see really. The way her hips moved and the way she touched him. It caused him to get stiff in his pants but he continued to watch her and when she got close to him he grabbed her hand and kissed it before looking at her with a genuine look in his eyes. Fuck he wanted her but she would have to be the one who made the move, he didn't want to take advantage of such a beauty like her.